Stories from my Past: Did you try rebooting it?

Most people who work in an office know the tired refrain from IT people: Did you reboot it? It is really amazing how often that advice works. I will share an example. 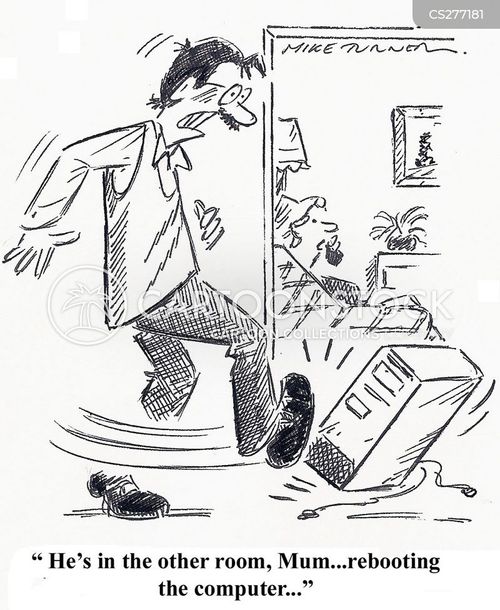 I had someone call in for help once and he said his computer couldn’t print. Ok that is a problem. He also shares that his neighbors computers can’t print either. Now it becomes a device or network issue, not a local computer problem. As he is talking I try to find out more details. It used to work on Thursday but it doesn’t work anymore. The printer was just installed a few weeks ago, so he thinks perhaps that has something to do with it. It doesn’t print anything so it’s not application or computer specific. I ask when the last time it was turned off and turned on. He pauses and thinks about it. He says “I didn’t know you had to restart it.” I said just humor me and let’s try restarting it.

So he restarts the printer. It takes a long time to restart which is typical because it is a huge multifunction business copier, scanner, printer machine. Which is probably why it doesn’t get restarted. Then he tries on the first computer to print. Success! He tries on the second. Success! He concludes that it must have needed to be restarted.

I ask him if he got the email I sent with 5 tips to keep computers working efficiently. He said he was out a few days last week. In that email I shared that things should be restarted when they have an issue. Its cheap, easy and might save a phone call to technical support. He promised to read it.

When you deal with computers sometimes the issue is very complex and requires a great deal of understanding to fix. Most of the time it just takes common sense, and a good troubleshooting methodology. As one of my former bosses said when he was hiring me “Can you do the job, it’s not rocket science.” Was that an insult or compliment?

Apple watch hypeStories from my Past: My great grandaddy was in the Civil War